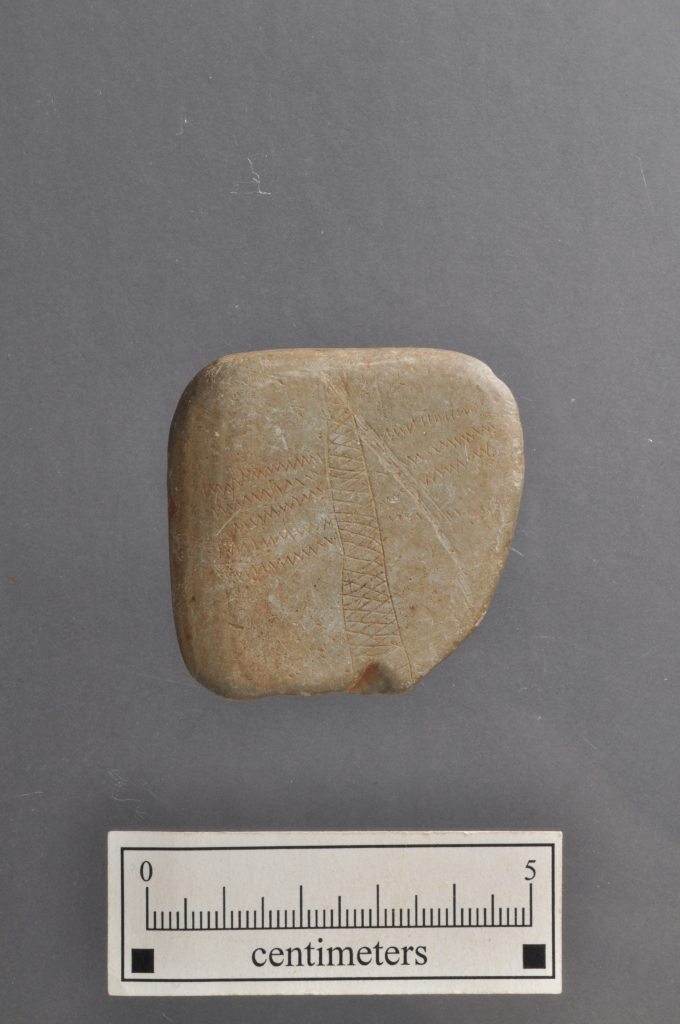 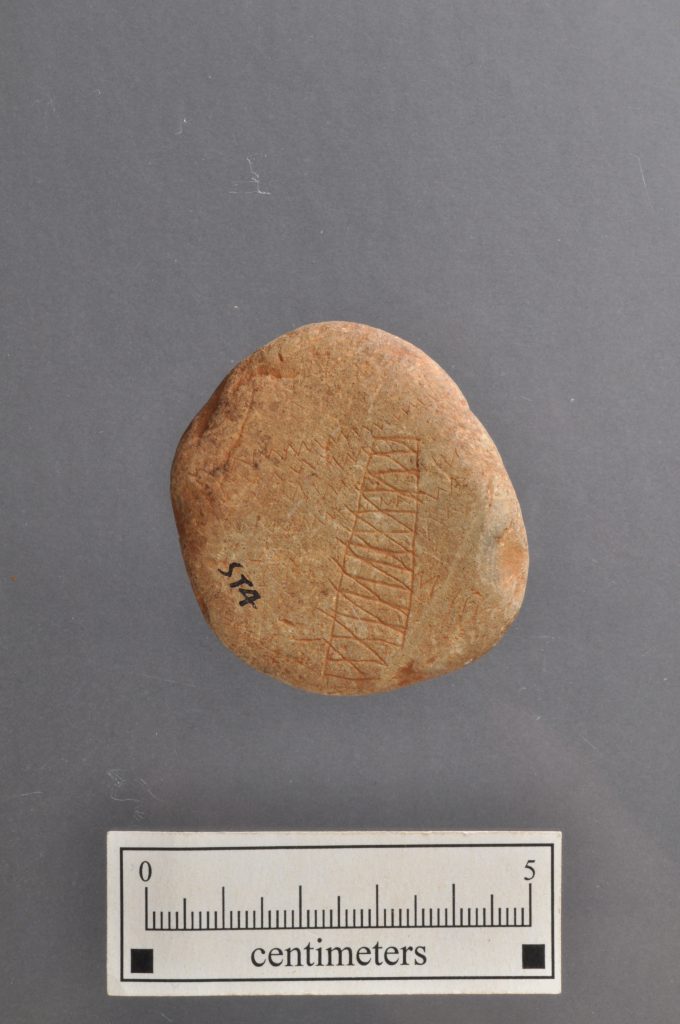 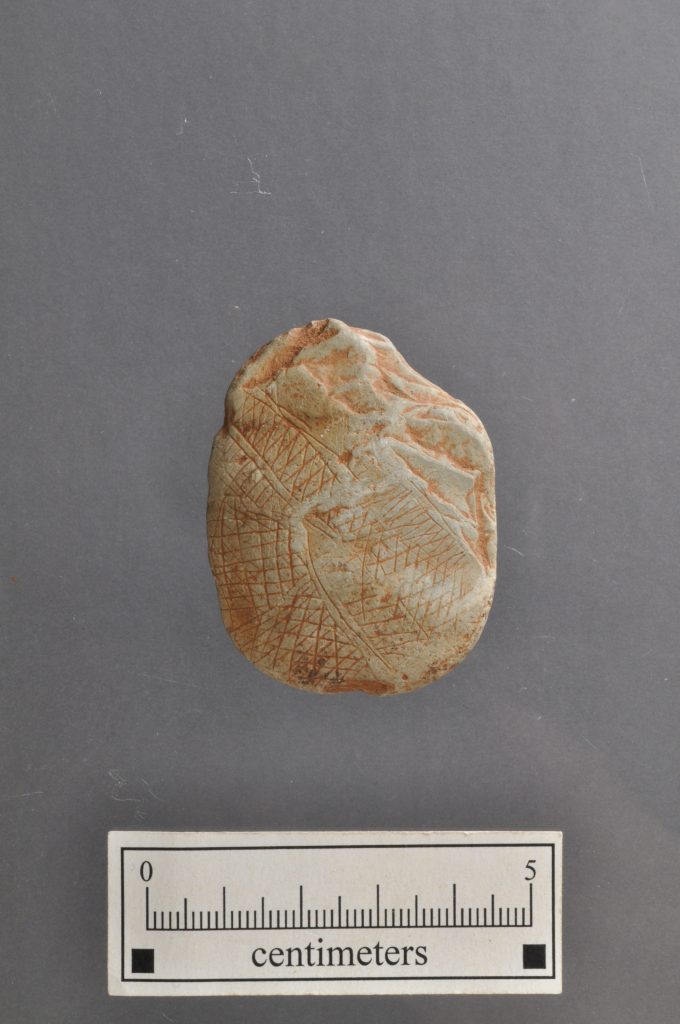 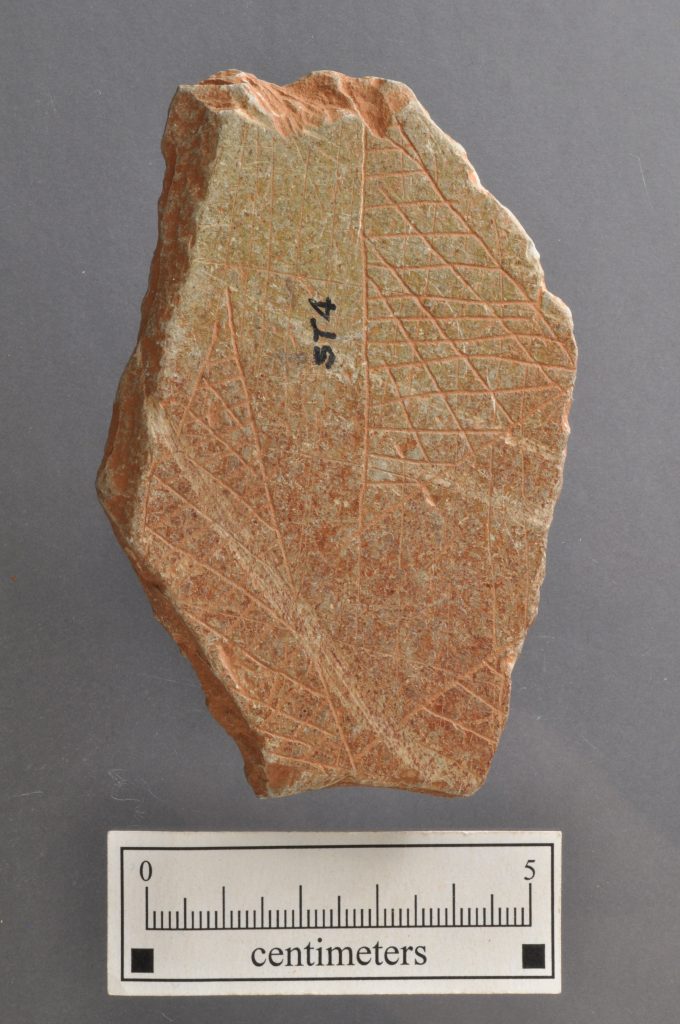 Engraved slate from the Hardaway site in Stanly Co., NC 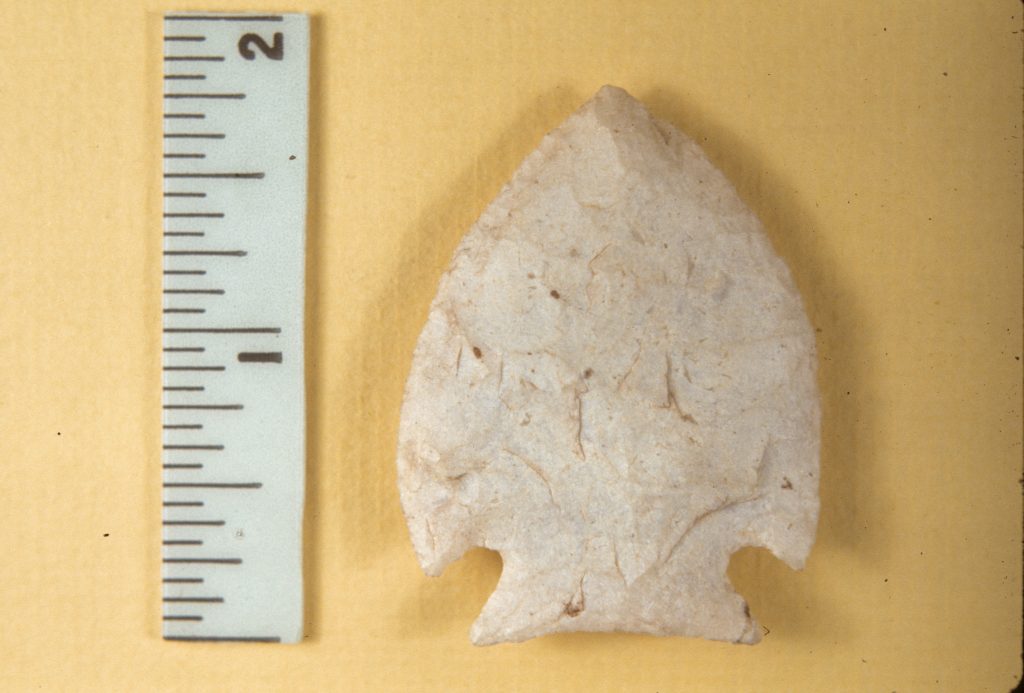 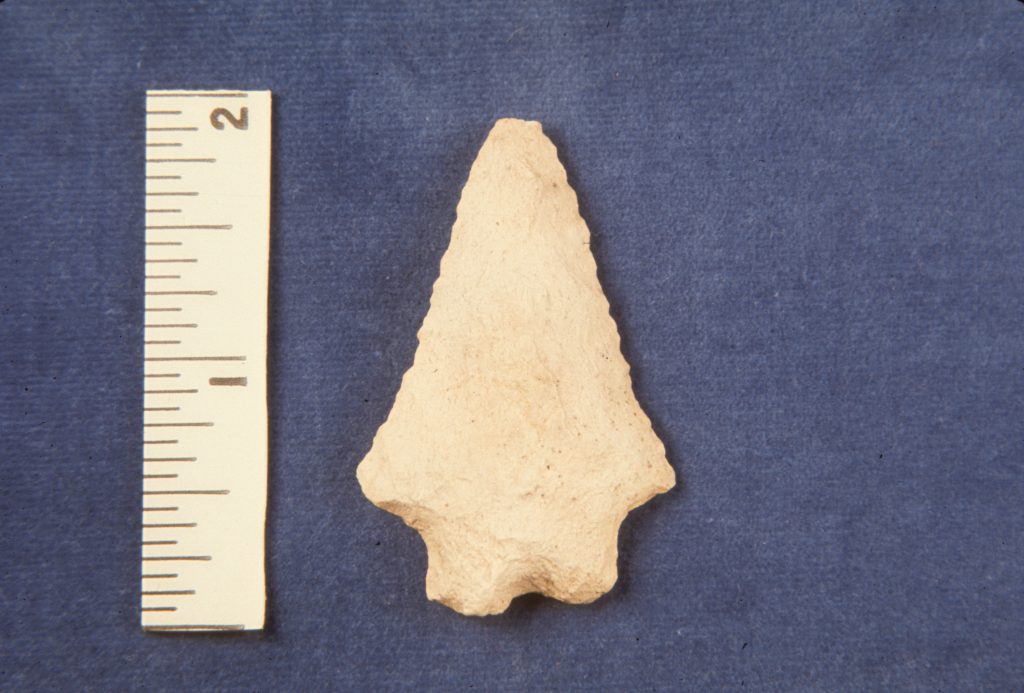 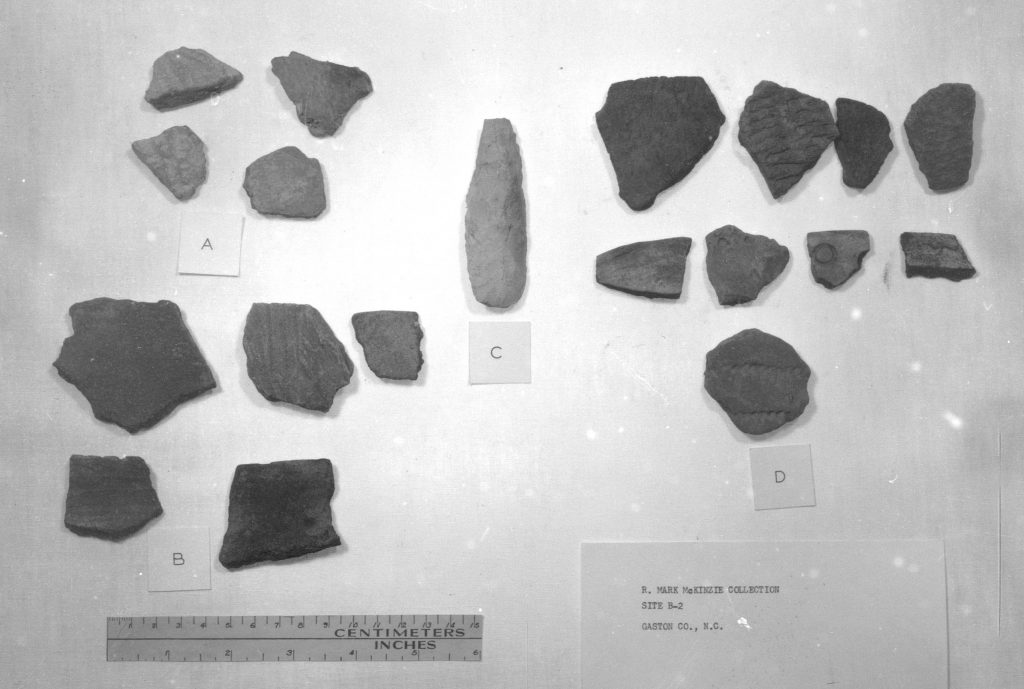 Pottery fragments and spear point in a private collection from Gaston Co., NC 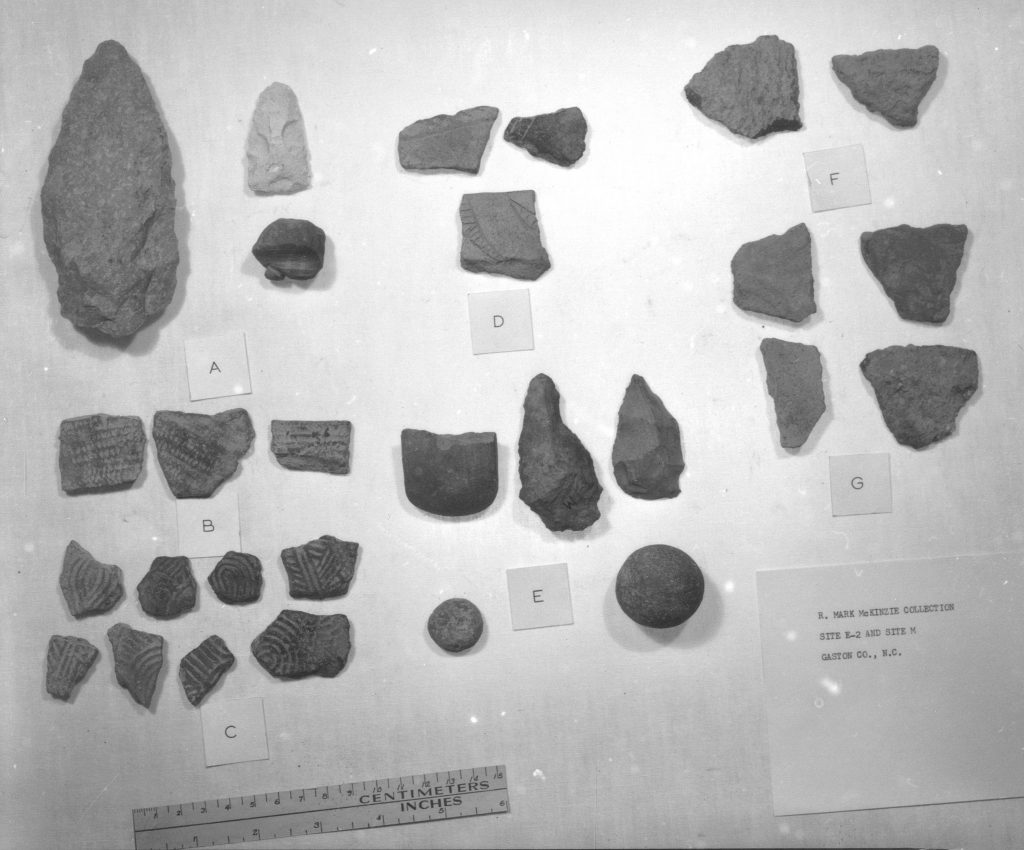 Artifacts in a private collection from Gaston Co., NC 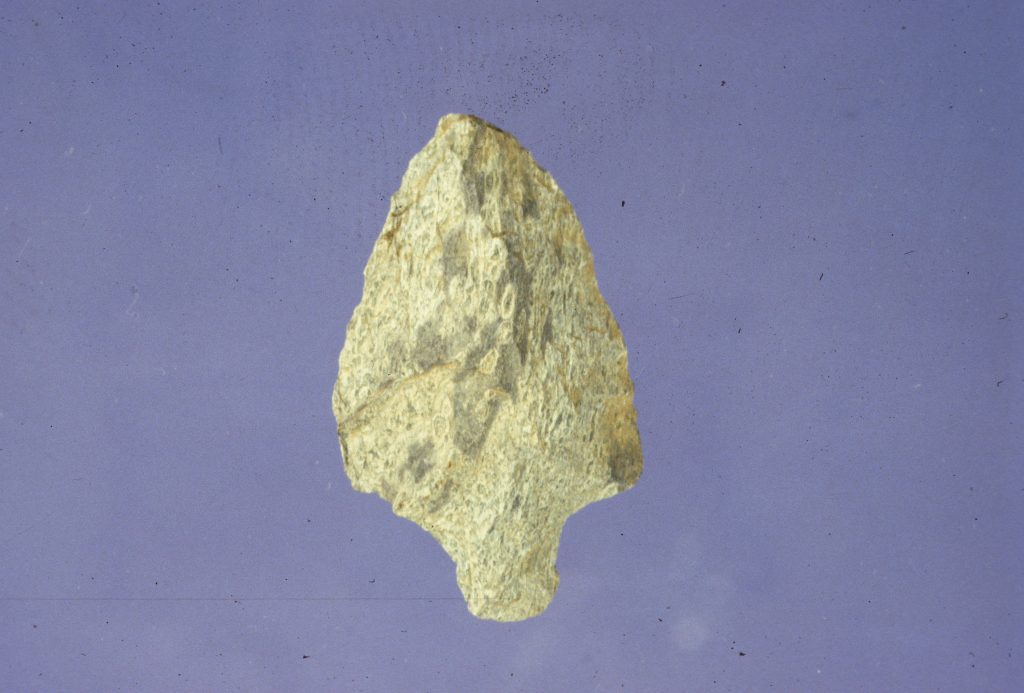 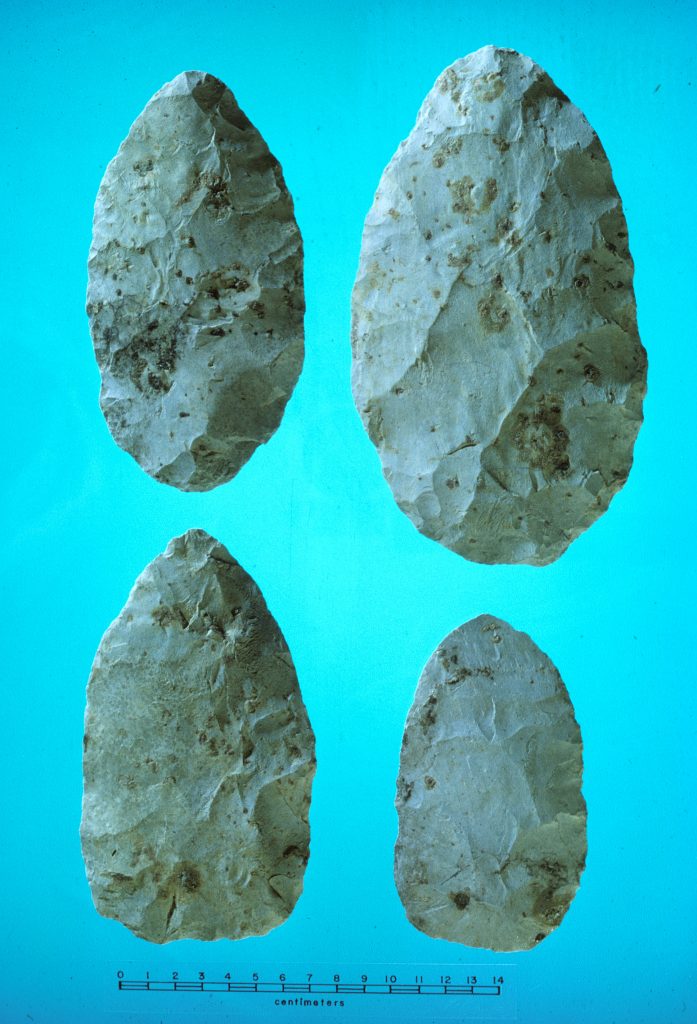